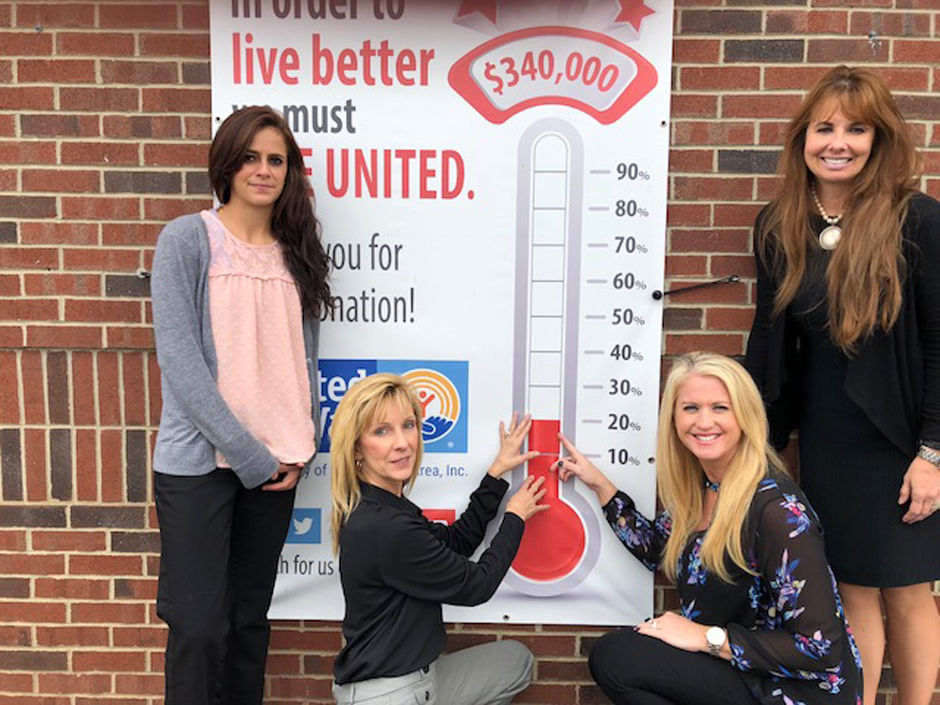 The community is seeing the thermometer rise even though the temperature is starting to fall, as the United Way of the Bradford Area continues its 2018 campaign.

The thermometer was raised to the 20-percent mark on Wednesday.

The campaign team, led by Theresa Funk, is excited at the momentum being generated in the community and have several new initiatives and events planned. The team comprises Funk, MaryAnn Quinn, Jill Henry, Nikki Wiseman and Jean Keltz. The women meet weekly to generate ideas and work on existing projects.

Funk, having attended several workplace presentations, is impressed at the attention the community pays each year to the annual campaign and the generosity toward the United Way. “People continue to amaze me at how receptive they are and how willing they are to give,” said Funk. “I am proud to have been asked to become more involved than just financially.”

For her part, newly elected president of the board Karen Costello-Pecht stated, “The campaign team is just amazing. There is nothing they will not try or get involved in. We are lucky to have such dedicated ladies leading the ask this year.”

“Be The Change” theme strikes a nerve with interim executive director Kelly Z. Case each time the video concludes.

“Every time I watch the video and the part at the end where the members of the video state the theme I get choked up — I think how appropriate it is at this time when it only takes one person to Be The Change and make a difference in so many others lives.”

The goal remained at $340,000 this year but that is certainly not due to lack of need. The annual campaign provides funds for 22 local agencies for programs necessary for the local area. Members of the United Way of the Bradford Area’s board of directors say they’re “proud of the giving that our community continues to generate and look forward to continued success.”

The local United Way will continue solicitation efforts through Dec. 15, and will utilize the time until Jan. 5 to make follow-ups and conclude the campaign.

“I am hoping to make many increases to the thermometer in the next couple of weeks,” said Case.

Case said the team is heavily involved with employee workplace presentations right now but will also be concentrating on a business blitz and several mail campaigns. Residents will see the campaign team around town on Oct. 26. The community is invited to visit Pizza Hut on Nov. 14, where a portion of the sales go to the campaign.

The United Way Ambassadors are gearing up and will be providing support as the campaign moves along as well.

The United Way is also preparing for its annual Soup Lunch, which is scheduled for Nov. 16. Hungry supporters may order a 12-ounce bowl of soup, which comes with crackers and a homemade treat, for $5. The soup choices this year include a new flavor: stuffed pepper, in addition to the old favorites of Italian wedding, chili and broccoli cheese. Orders may be placed until the end of the day on Nov. 1.

More information regarding this year’s United Way campaign can be found at www.uwbanews.org.